You are here: Home / Home + Garden / DIY Projects / home improvement / Are My Rooms Half Full or Half Empty?

I’ve been holding out on you.  Literally holding photos of my recently finished rooms and haven’t shared them yet.  Why?  Because the following thought keeps running through my head:

I’m not good enough.  I’m not smart enough.  AND NONE OF MY ROOM MAKEOVERS CAN BE CONSIDERED “DONE” YET.
I had at least one or two projects in each room that needed to be completed before I felt I could reveal the final room.  Each time I went to post about the finished room, the unfinished part (valances in the nursery, baseboards in the bathroom, wall treatment in the goffice) would stare at me like a black hole.
nursery sneak peek 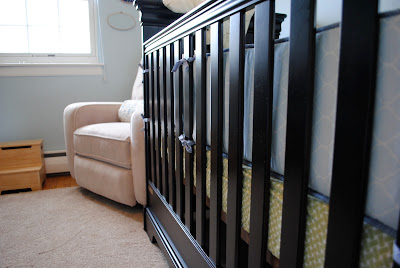 The lightbulb finally went off in my head.  If I follow that philosophy, it means they’ll never be revealed because a room is not {and should not} ever fully be “done”.  We don’t stand still, and rooms don’t either.  Just as we grow, so do the spaces in which we live.  So what if I don’t have the valances done,  baseboard installed, or the perfect wall treatment finished.  All those things can be separate projects and posts that grow along with the room.
“goffice” sneak peek 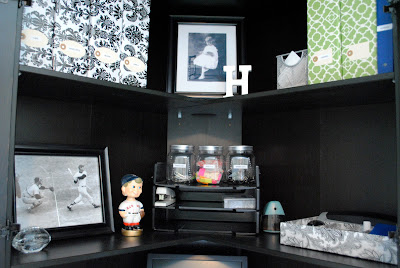 Heck, it will be even more exciting for my readers to see these additions as they are added as opposed to simply “revealing” a room like it’s one-and-done.
the deck “before” 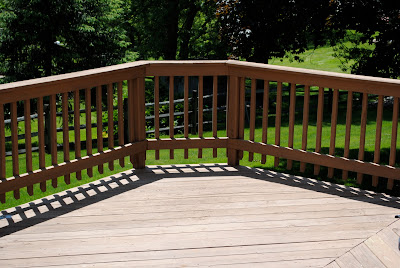 I’m shouting it out here:  in the next two months, I promise to reveal the “almost but not quite” finished bathroom, nursery, guest room/office, and deck.  If I do so, will you promise to be as excited as I am when I get the extra projects finished?

In the meantime, I’m going to look into the mirror and repeat like Stuart Smalley: “I’m good enough, I’m smart enough, and doggone it, people like me.”

NURSERY MAKEOVER TO BE REVEALED TOMORROW.  Valences or not.

Declutter and Organize Everything CHALLENGE! 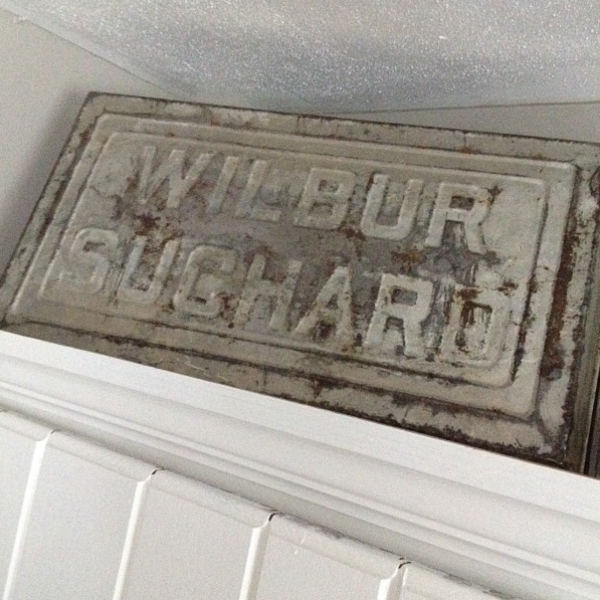