You are here: Home / Uncategorized / My #DigestiveHealth Update

As a mom, I’ve heard the “oxygen supply” theory again and again.  You know the one, when people tell you that moms need to take care of themselves as much as their family– similar to when you are on a plane and they instruct you to place your oxygen mask on yourself first, then your child.

It’s easy to dispense this advice, and even to believe this advice.  But it’s much harder to put it into action.

Noodle had, on average, 1-2 doctors appointments a week as a baby.  For over a year.  Plus OT, speech, and nutrition (still, to this day, receives services 2X a week).  Then Bee came along, and my days and weeks were filled with nothing but taking care of others.  My own health deteriorated, and still I had to put it on the back burner to take care of others.  Which was my job, right?  The highly paid job of being a mama?  (ha, ha…)

As my list of physical issues grew, my ability to function on a day to day basis weakened.  I’ve never mentioned it on this blog, and probably won’t again because I hate to complain, but I suffer from a chronic pain condition.  This condition wreaks havoc on other parts of my body, including my feet and… you guessed it, certain aspects of digestion.

I had to finally make a list of the steps I’d need to take to start the path to healing.  One of those steps was to work on my digestive health– and that included taking a probiotic.  When I was offered the chance to try Member’s Mark 4X Probiotic (available at Sam’s Club), I jumped at it.  Just one more checkbox to fill on my list of feel-good things! 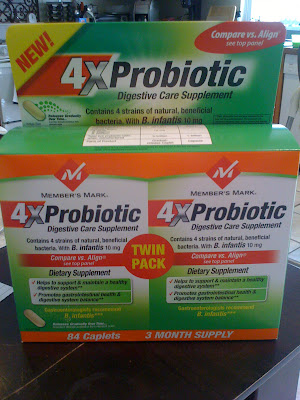 The first thing I noticed was that each pack in the box of 6 week’s supply was labeled with a day of the week.  That’s key for this busy mama– no more wondering whether I took it that day or not. 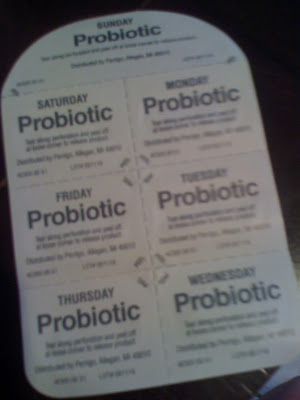 For the first week, I eased myself into it taking it every other day (someone mentioned it in the comments of my first post on this topic, and I agree when you start something like this it’s good to try a little at a time!)  This week I’ll start taking it every day since my body seemed to react well to last week’s routine.

So, what DO I think of this product?  As mentioned, I’m not on it full force just yet but so far, so good.  I think my favorite thing thus far is that I feel less bloated.  I already have belly pooch thanks to having two c-sections in under two years (and, um, not exercising in months thanks to a certain foot issue) so anything that helps take it down a notch is a “win” in my book.  {I know several of you were interested in the long-term effects, so I’m going to post an update in a few weeks with a more conclusive update!}

I’m excited to see in which other ways Member’s Mark 4X Probiotic helps me gain an overall healthier self, and kinda sorta proud that this time I put the “oxygen mask” on myself first this time!

What are your roadblocks to overall better health, and what steps are you taking to combat them?  Anyone else have a hard time putting themselves first?!?
Disclosure: This shop has been compensated as part of a social shopper insights study for Collective Bias.  As you know, I keep it real here at Making Lemonade so any opinions expressed are 100% my own and have not been influenced in any way aside from my actual experience with the product.
Share This Post With Friends! 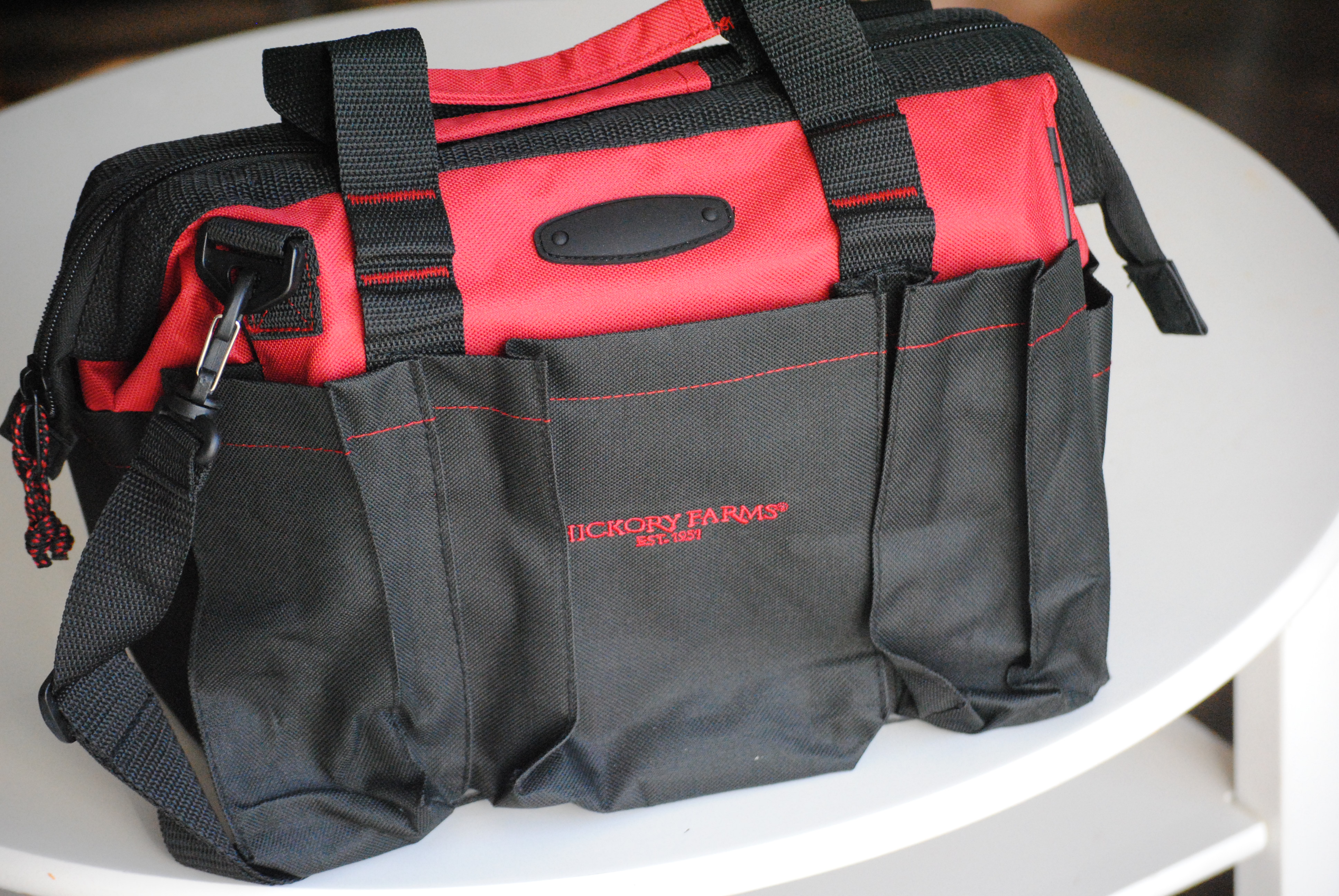