Remember my Tuesday Morning post where I scooped up some great organizing deals for under $30?  Apparently I went overboard, because I didn’t end up using half of the things I bought.  Looks like I’m going to have to return the box and two baskets, making the grand total for organizing the entire “office” just $16!

I got crafty by covering some old magazine holders with wrapping paper.  The wrapping paper was about $6 for both rolls ($4 for the black/white at Michaels and $2 for the green at Tuesday Morning), and I already had the magazine holders.  Add some labels, and you’ve got bins for office supplies ready to go!  Tutorial to follow soon.

Old Magazine Holders (from Ikea about 5 years ago)
LIKE NEW holders, ready to go!

Small items such as paper clips and post-it notes went into the $2.99 set of jars.  I could have saved even more money by using recycled jars but I loved the look of these (and, at $2.99, I’ll avoid any leftover salsa smell).

I did keep the fabric tray, priced at $6.99, because it held the rest of the supplies nicely.  And, it matched.  AND, at $6.99 it was the most expensive organizing tool.  I love a bargain!

The rest of the supplies were things I already had.  A pretty mug, some sorters, a few trays (they are begging to be wrapped in that black/white paper, and might just get a chance when I have another free moment), and photos.  It’s a good mix of me (the photo is of my beloved Grammie) and my hubby (baseball items… except, whoops, it’s the Red Sox which is MY team!)

The cabinet came with two pieces of corkboard, and on the display in the store they had one piece on each door.  I didn’t like how that looked with the extra wood showing at the bottom, so I solved it by using both long cork pieces on one door and adding cork coasters for $1.99 to the other.  I love the organic yet symmetrical quality of the cork, and it can also be used as corkboard should I need more space.  Hmmmm… guess I’ll have to get the dandelion decal for the wall now!  Wouldn’t that match nicely?

As for UNDER the cabinet, it’s large enough to hide a shredder, tons of wires, and a printer!  WOOT!

The only thing left on my list to add is a box for hanging files. Due to space constraints, we are moving our 4-drawer filing cabinet to the basement which means there will be little space upstairs for files.  An additional file box will allow a place for mega-important files, things to-be-filed, and also my greeting cards (sorted by occasion).  The file box should fit underneath, otherwise I’ll add some of the wrapping paper to the outsied to make it “pretty” and then place it next to the cabinet.

In the Goffice reveal {coming soon}, I’ll show you how I organized the rest of the miscellaneous crap things from the old office into the new guest room/ office space.  What?  That doesn’t sound so hard?  Here’s a photo of the old office in the middle of unloading it into the guest room:

Yes, it was that bad.  I am only showing you that because now that room is just about empty, getting ready for Stage Two: Noodles New Room.  Coming soon, on Making Lemonade!

There you have it: total office organization for $16.  Okay, $18 if you include the dandelion coasters.  To me, being organized is a key to happiness.  It saves time (to spend with your family), money (you don’t have to buy new things to replace lost ones), and sanity.  Uncluttered desk= uncluttered mind!  And at the end of the day:

It all goes away.

If you liked this idea, Jordan from Oh Happy Day just posted a similar project.  I think she’s totally right about wondering why she didn’t think of a cabinet sooner.  We were lucky to have the space for a whole room to be an office, but now that we’ve narrowed things down I can’t say I miss it!  At least, not yet.  😉 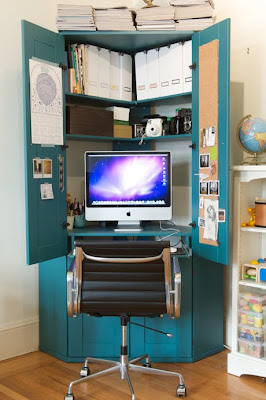 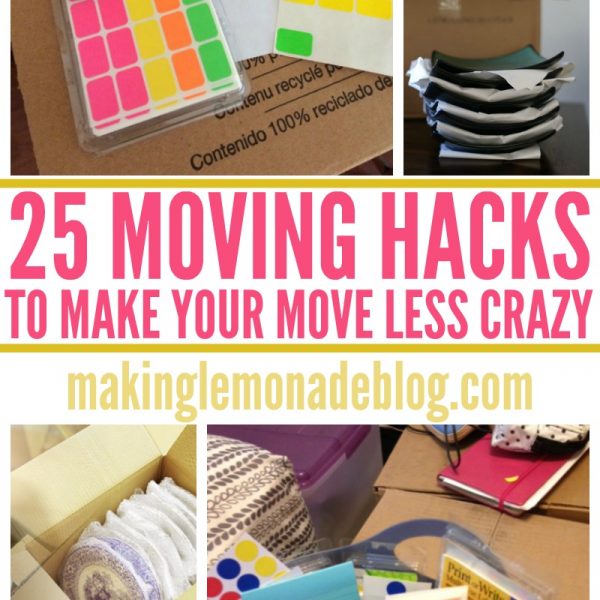 Heartwarming Holidays: Organize Your Kitchen and Pantry
Why This Book will Change Your Life (KonMari Method Cheat Sheet) 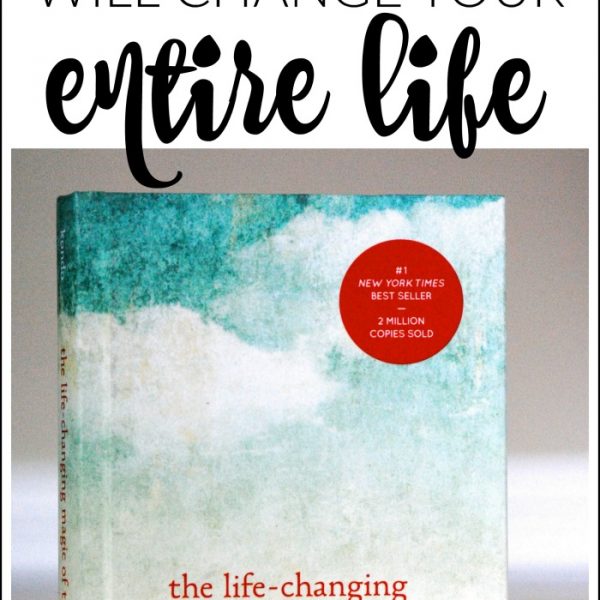 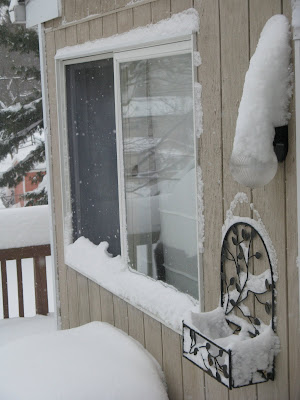 When I heard about the impending storm headed our way, thoughts of homemade stew and bread went dancing through my head.  Before the flakes even started falling yesterday I got some beef stew brewing in the slow cooker and a Parmesan Herb bread baking in the bread machine.  Add in some coffee (for the hubs) and cocoa (for me), and we’re all set for a day of hibernation.

I usually use my bread machine for making doughs (pizza, pretzel, and bread) and then bake them in the oven.  But I let my bread machine do all the work this time, and it came out great so I thought I’d share the recipe.  This one had great flavor and used ingredients we already had on hand– very important to avoid a trip to the grocery store the day before a blizzard! 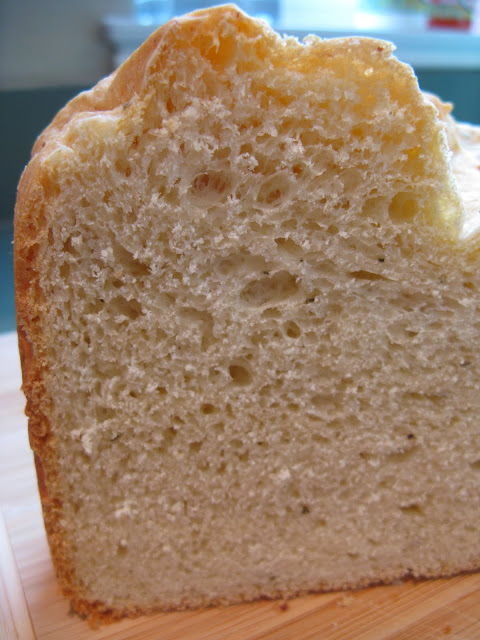 1.  Heat milk in microwave on high for 30 seconds to bring it to room temperature.  Add to bread pan with remaining ingredients according to the manufacturer’s recommendations.  Select CYCLE, LOAF SIZE, and CRUST SETTING.  Press START.

3.  Remove bread promptly from the pan when it’s done.  Cool on rack before slicing.

In the interest of keeping it real, here’s what the whole loaf looked like (strange dip in the middle included… guess I checked it and it never bounced back!) 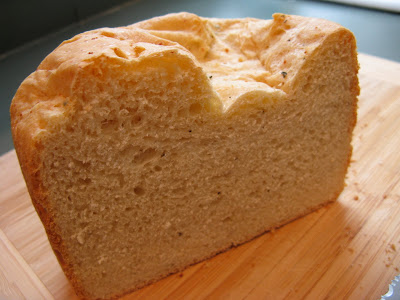 It was tasty and perfect with the beef stew.  This recipe was a keeper!

As for the beef stew recipe, I liked the flavor and also that you did not need to precook the meat.  I’m looking for more “one and done” recipes that don’t require any significant prep work before putting things in the slow cooker.  If anyone has recipes or links to share, please do!  I’m new at this and ready for some great recipes.

I grew up in New England, so I tend to be less than impressed with snowstorms.  This was a good sized one, though.  Not like some I remember from when I was little, but then again, they DO seem bigger the younger you are.  Some more gratuitous snow shots: 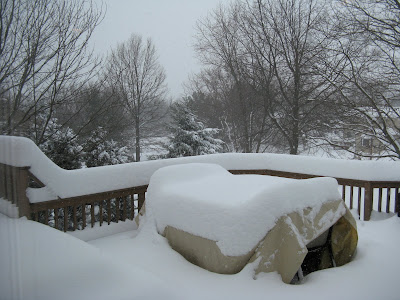 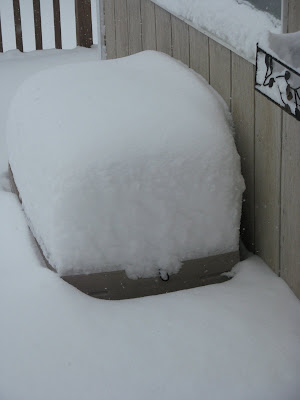 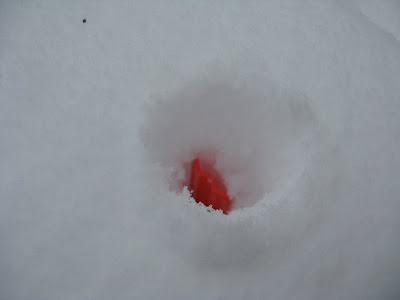 Hope everyone enjoyed their day, whether it was in the snow like us or in the sunshine or even rain.
How ’bout those slow cooker recipes… got any to share?
Share This Post With Friends! 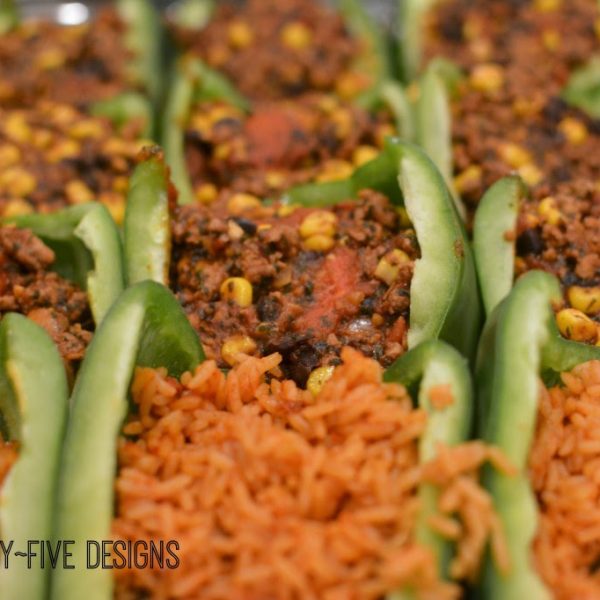 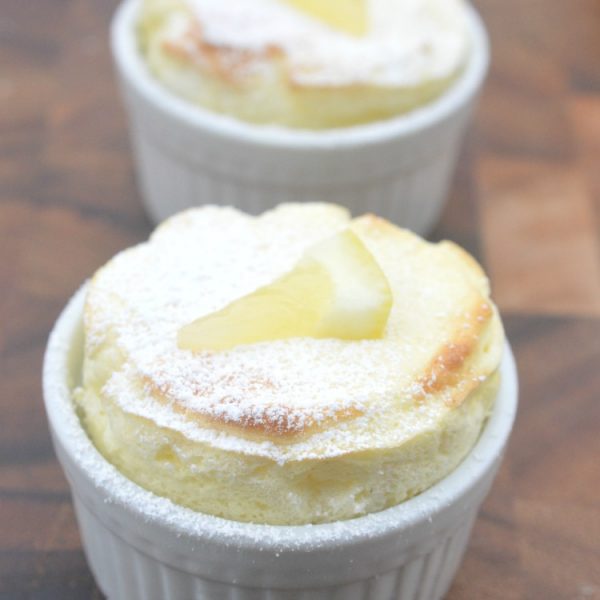 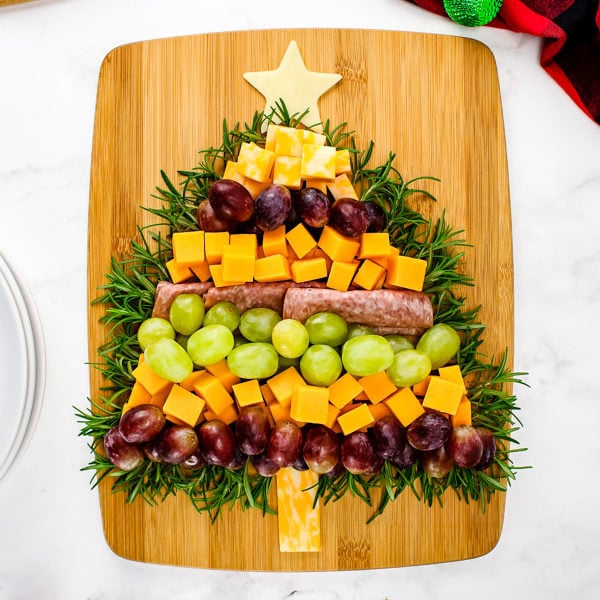 ← Confession
Simply Organized: Our New “Office”, on a budget! →