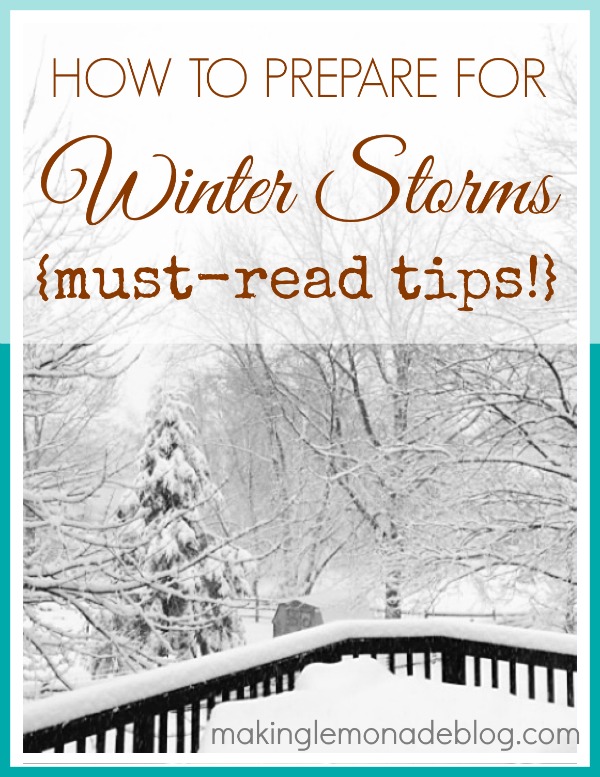 With winter weather on the way, it’s the perfect time for these 10 tips to prepare for storms and potential power outages. From what you’ll need for a generator to fridges to sump pumps, here’s what we learned about how to prepare for a winter storm!

It’s a tad ironic my daughter’s favorite movie is Frozen, considering that’s how we’ve been spending the last three months here in the mid-atlantic– FROZEN. And we were especially Frozen when the latest winter ice storm came through and knocked out our power for days. As you can tell from Instagram, I’ve been surviving most of the snow storms by cooking and baking. But last week we got walloped with 12 inches of snow, then an ice storm a few days later that covered everything with half an inch of ice and knocked out power to over 700,000 people. 700,00 people, can you imagine?!

my typical storm prep: haul out the crockpot and bread machine! 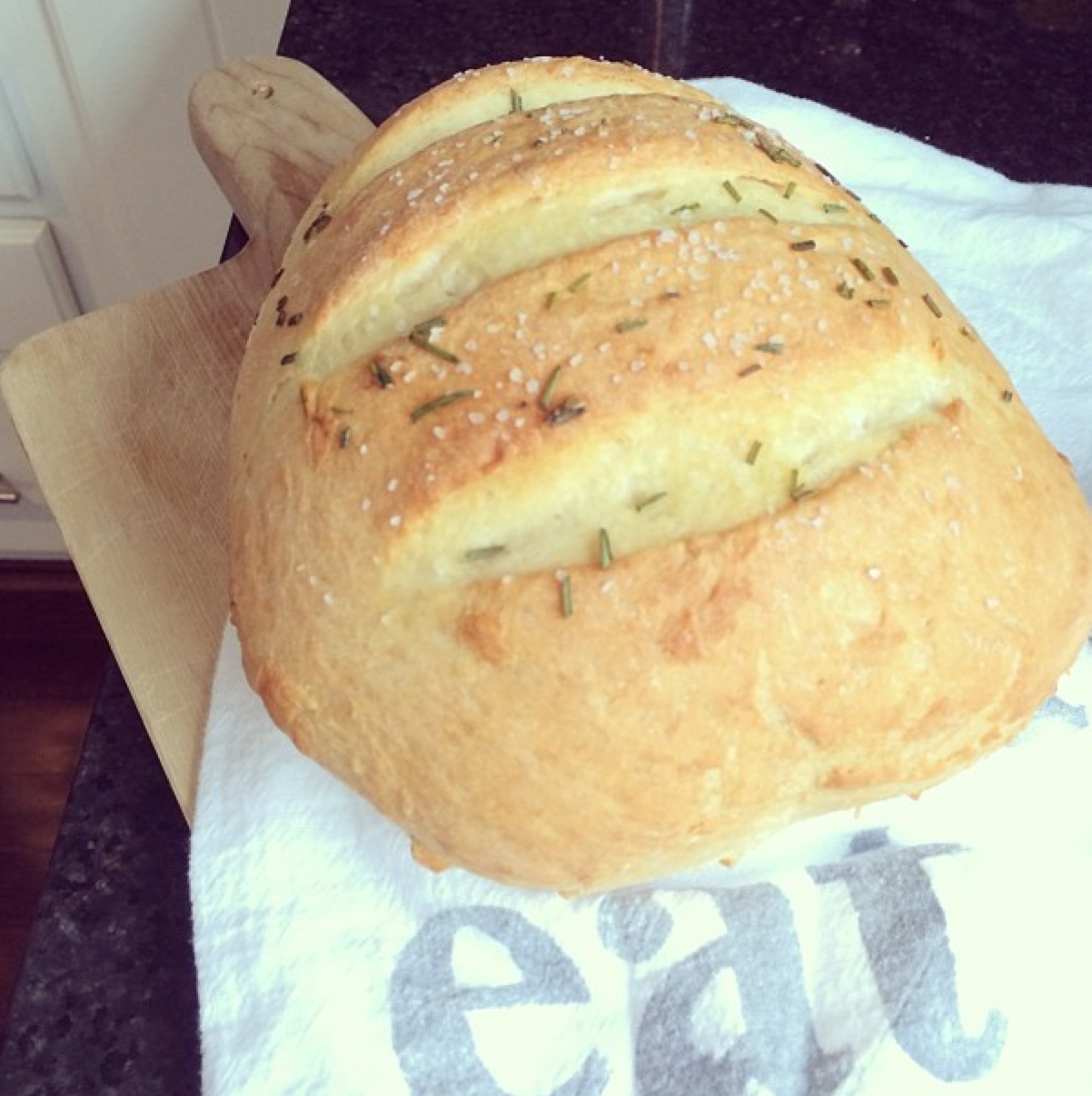 It’s amazing how I can go from working on designing my master bedroom one day to hand-bailing our sump pump in a 40 degree basement for hours on end in order to save our furnace, water heater, and washer dryer the next. Dodging limbs the size of pickup trucks and watching power lines crash down wasn’t so fun either, and considering this is just the latest in a string of winter weather (two more storms predicted this week, actually) I was morose.

I’ll be honest, I didn’t think I’d break in my new Hunter boots by actually mucking out a basement; this makes them more authentic, right? The water came in so fast we were filling each of these tubs in under a minute! 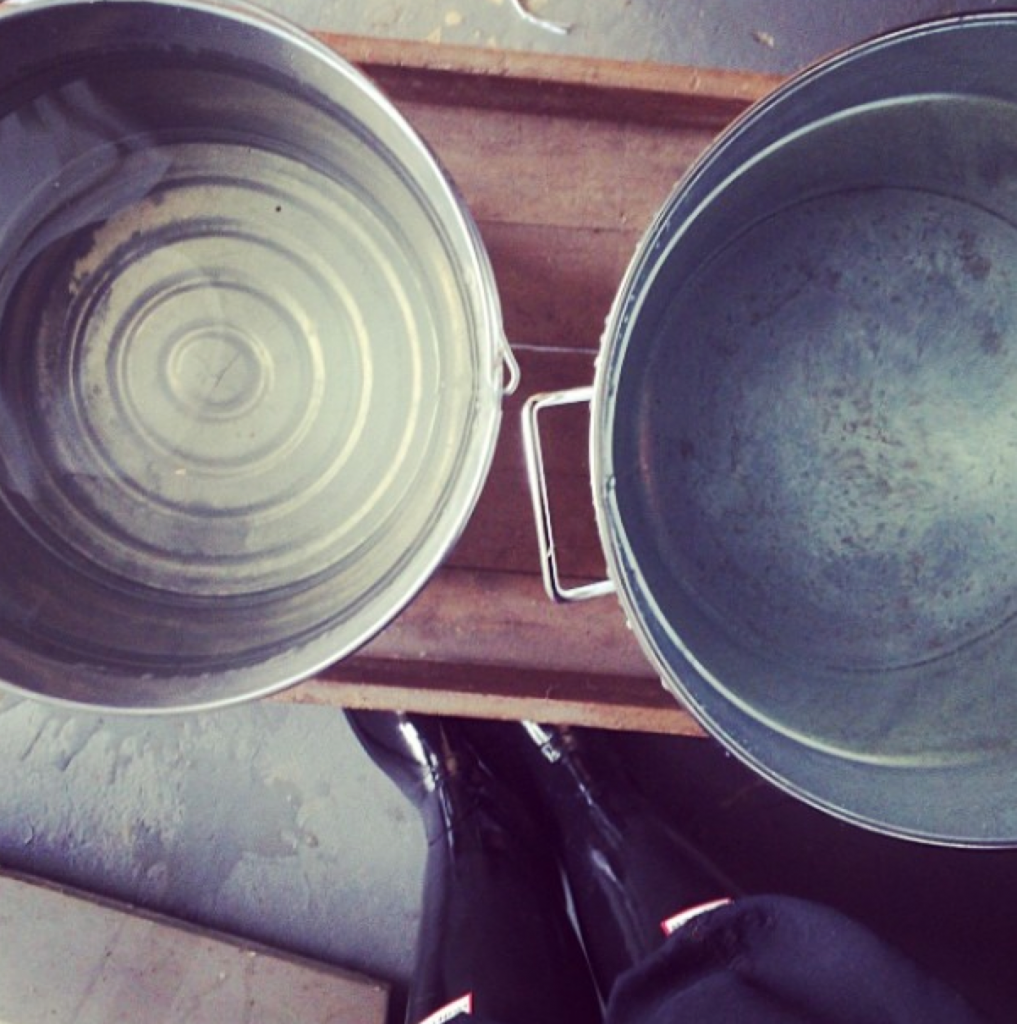 What made me especially angry was that I SHOULD HAVE KNOWN BETTER. After Superstorm Sandy knocked out our power for almost a week last year, I wrote a detailed natural disaster prep list of all the things we should have done. And yet, I did none of those things because I assumed we wouldn’t have to deal with THAT again for awhile. As a result, we were left bailing never ending water in our basement while my kids were by entertaining themselves without electronics for hours upstairs in jackets, hats, and mittens in a freezing cold house with a power restoration estimate from the power company predicted for FIVE DAYS LATER. I snagged the last hotel room in the area at about 10AM, as hotels were booked solid for days on end. No generators could be found either, my husband chased rumors of them but that first day we could not find one. As the water poured into our basement, we bailed 2 HUGE tubs every 5 minutes while staring at the water seeping under our furnace and water heater. This went on for five hours.  If a neighbor hadn’t come over and offered to plug our sump pump into his generator we would have sustained upwards of $10K in damages. Thank goodness for kind neighbors!

this was our yard BEFORE the ice storm; now imagine a half inch of ice covering this and you can see why trees and power lines fell like crazy! 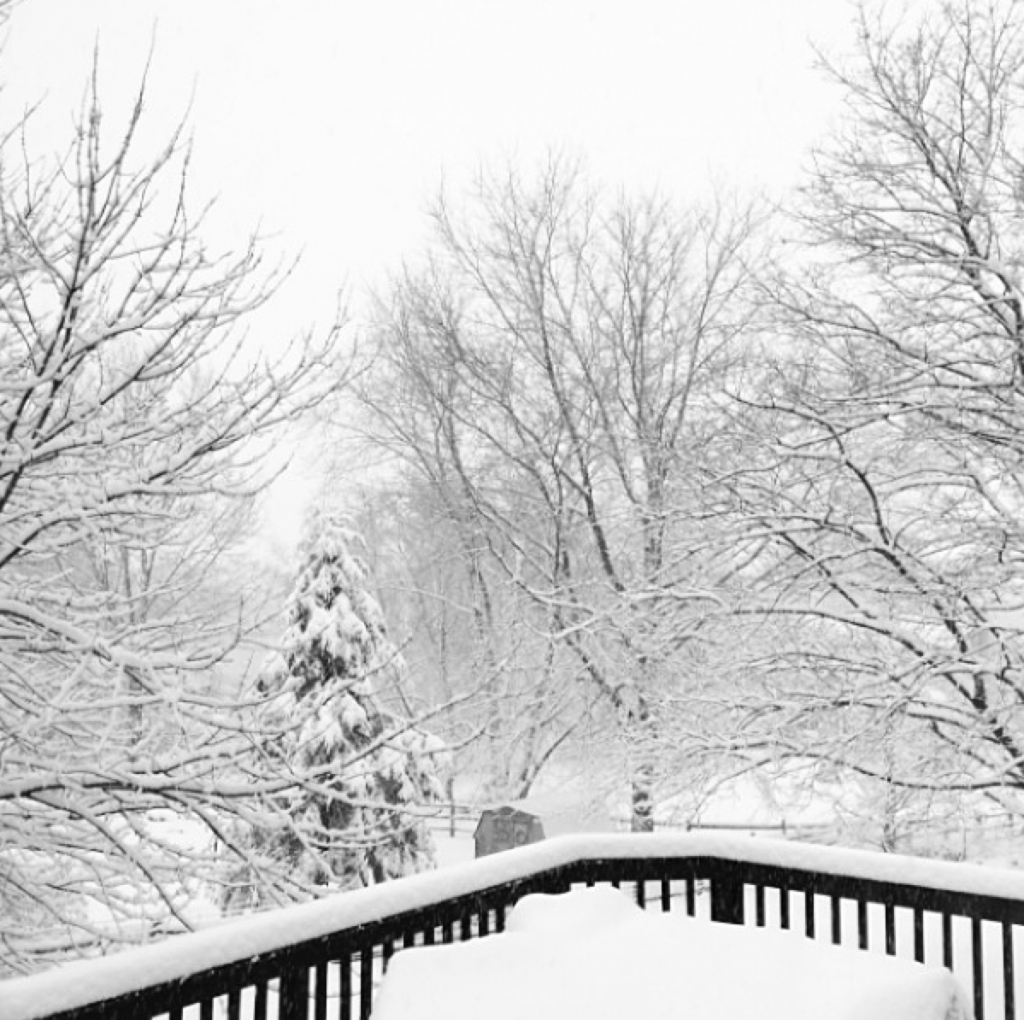 Needless to say, we learned a lot. From how to use a generator to the fact you need an electrician to install a transfer switch to having a backup plan, we’ve already made steps to prevent this from happening again! Perhaps it was setting up our generator outside in the 20 degree temperatures or that hand bailing that’s left us sore for days, but we don’t want to deal with this in the future. And I don’t want YOU to have to deal with it either. I have friends still without power five days later. I’m not sure you can imagine what that’s like, especially with kids and pets, in these temperatures, until you’ve gone through it. I certainly don’t want you to find out how it feels!

we found the last hotel room in the area– exhausted but finally warm and able to watch t.v., it’s the little things! 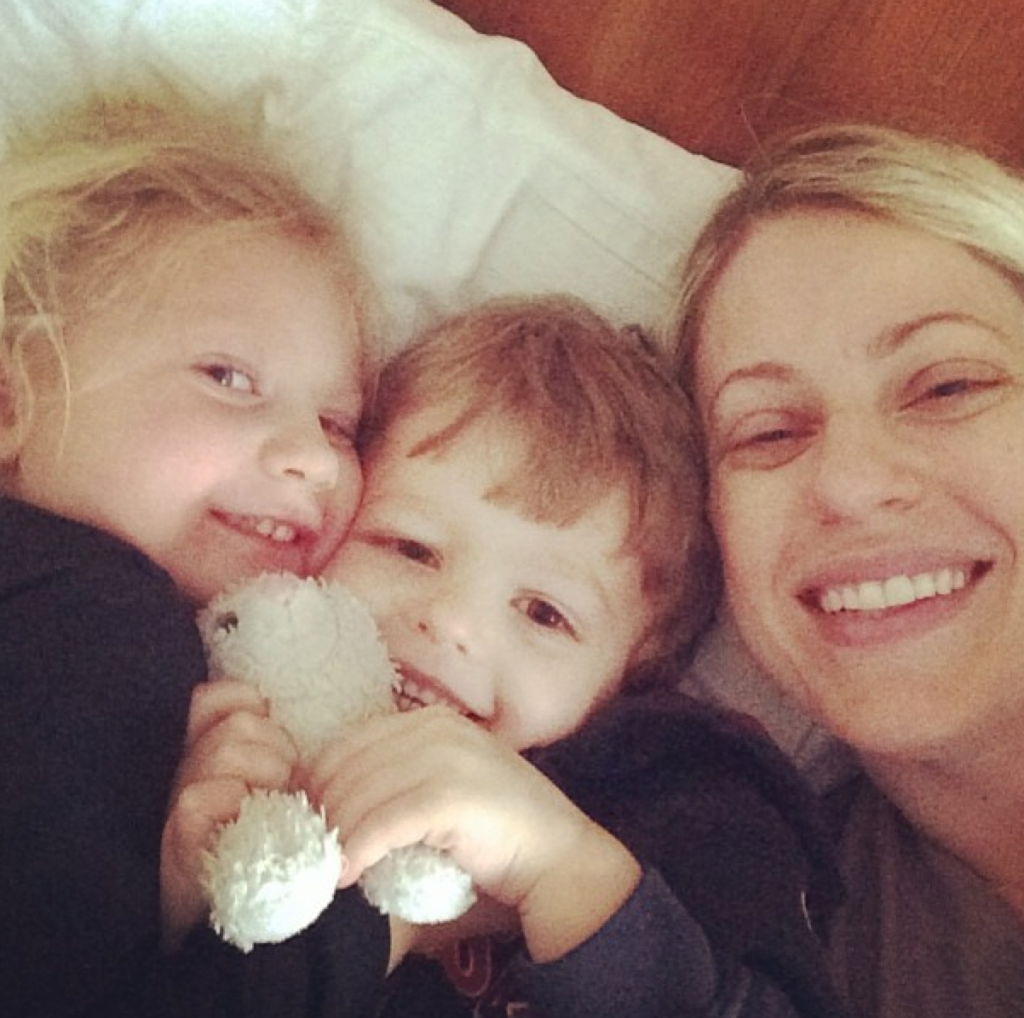 Here’s what I learned this time around about how to prepare for storms, and winter storms in particular. I hope this helps you avoid our mistakes!

Our only fridge survivors of PA Ice Storm 2014 were beer and kale. PRIORITIES. 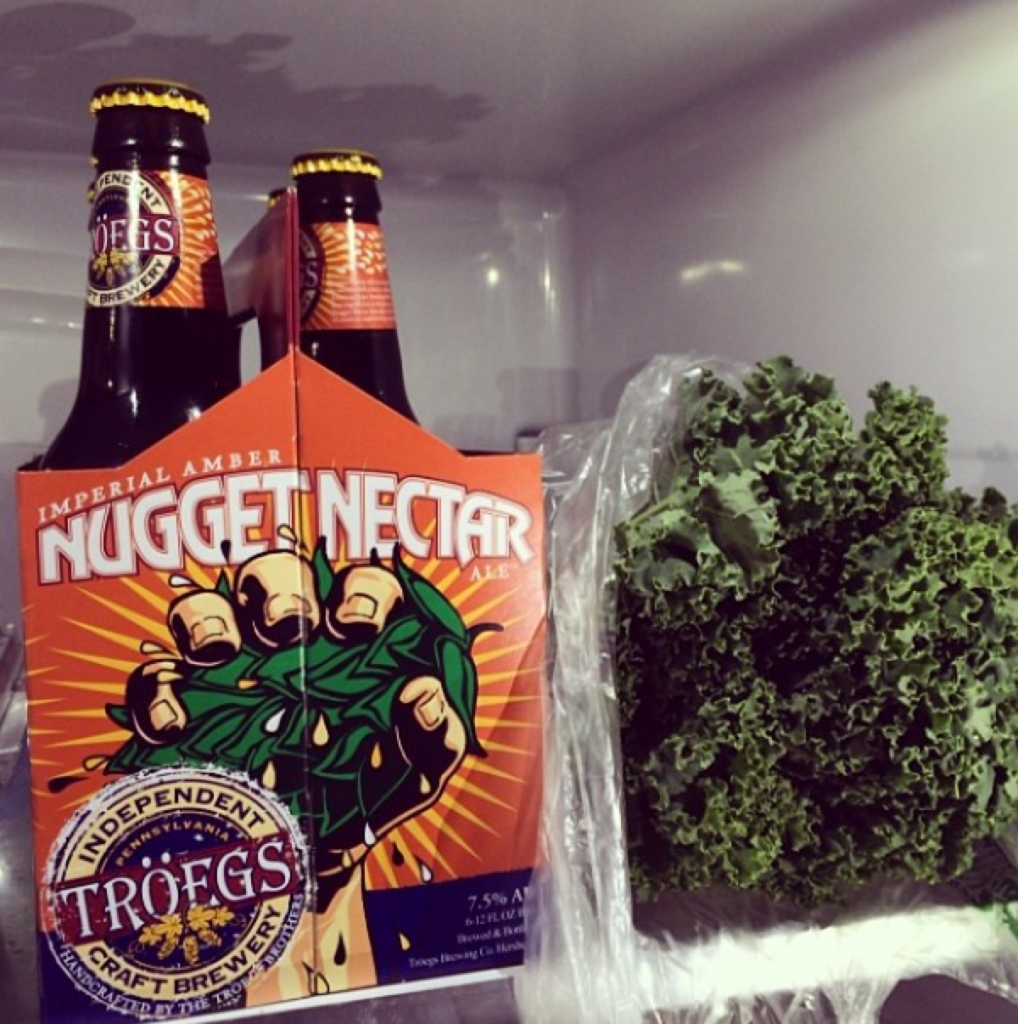 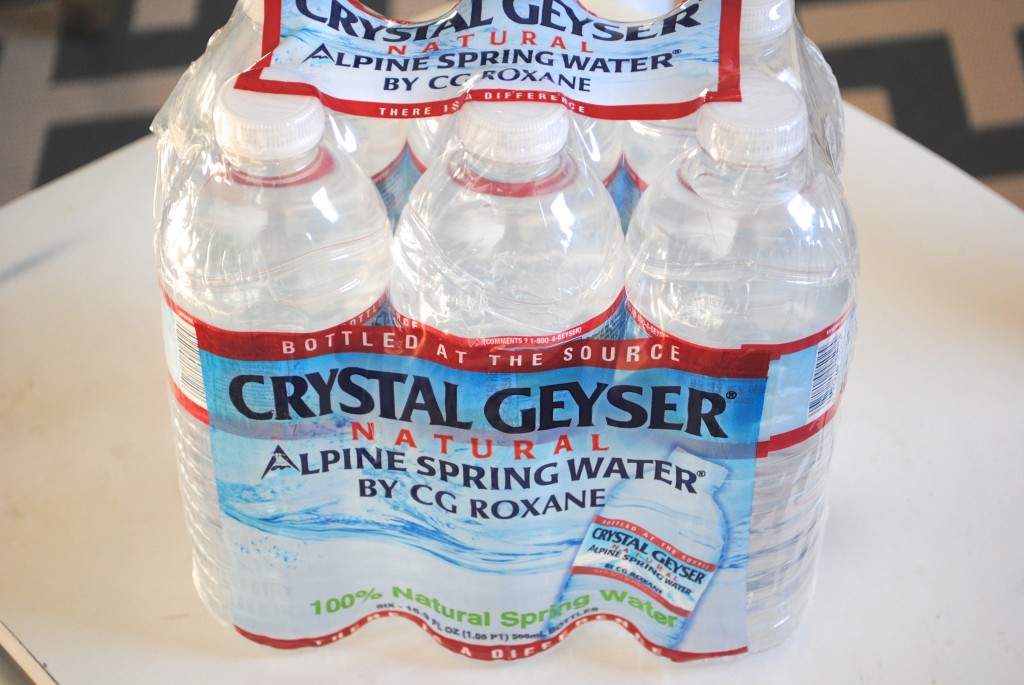 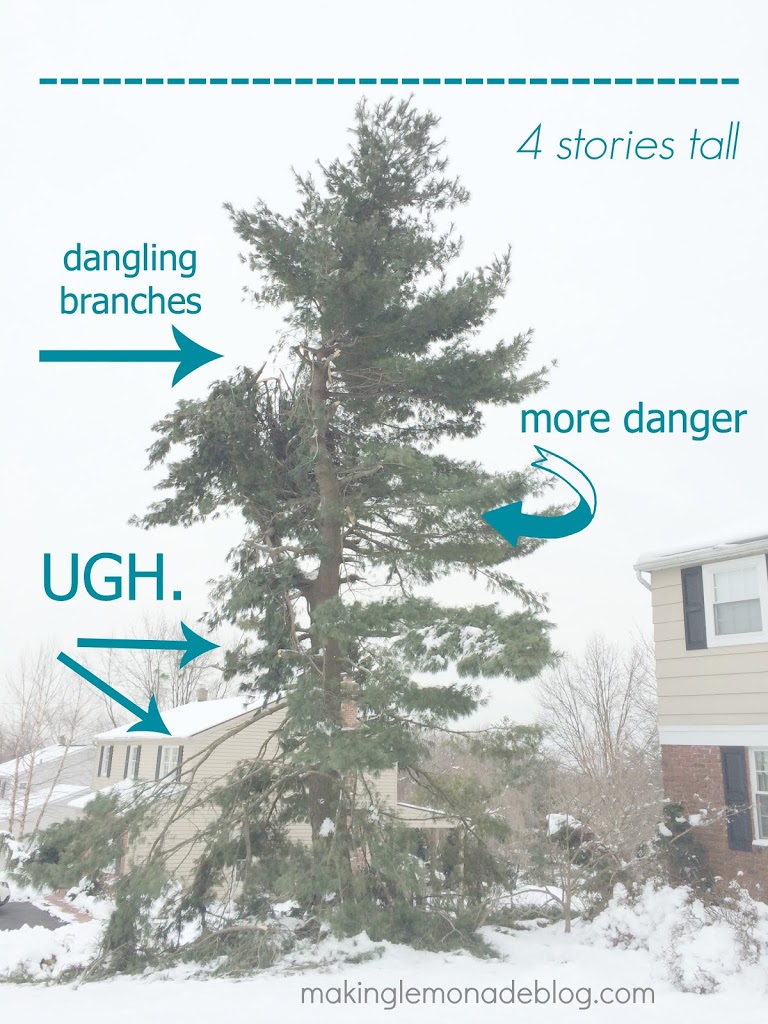 Yup, I’ve been playing with the new app Waterlogue. It’s all kinds of awesome! 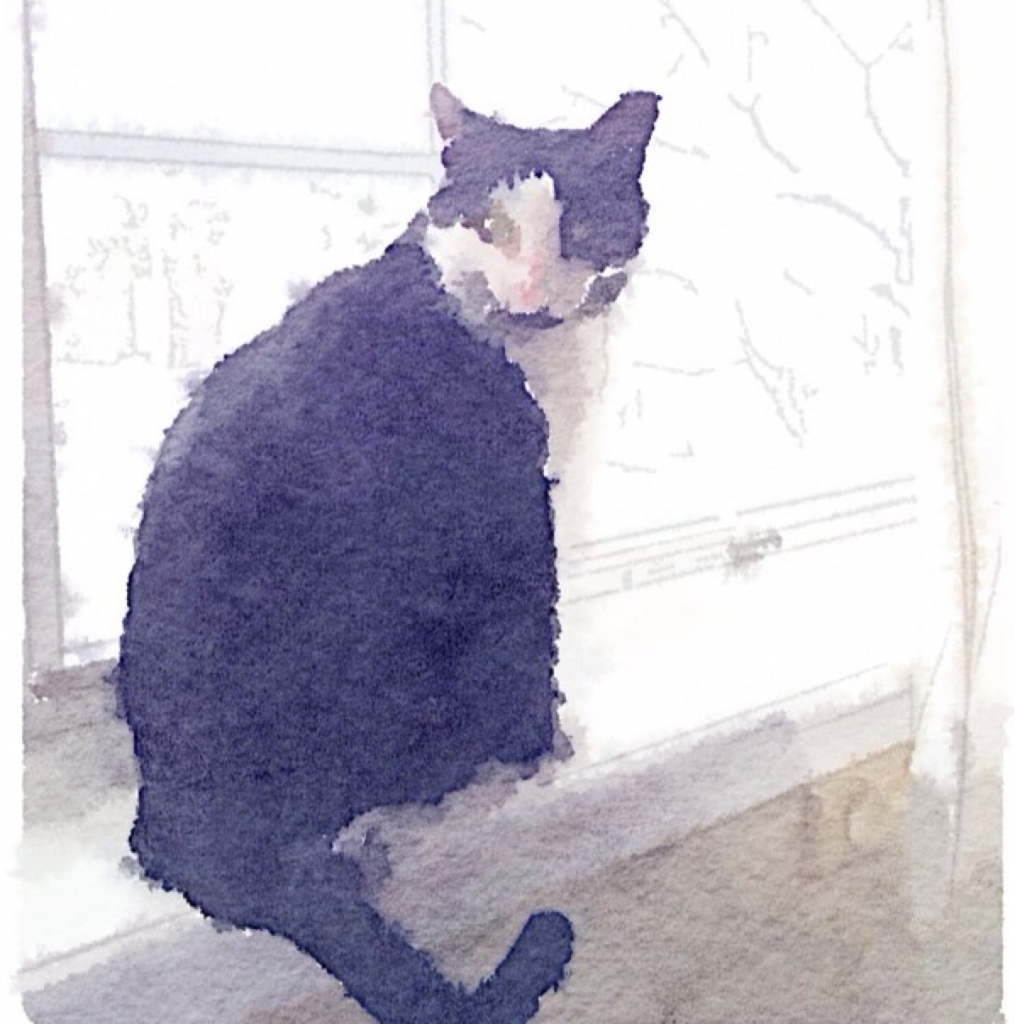 Here’s some tips on how to prepare for a natural disaster (including favorite products like flashlights and emergency radios) that I learned after Hurricane Sandy last year. I learned so much more after this recent storm, and hope you don’t have to go through what we’re experiencing here in Pennsylvania.  But if you DO, you’ll be so much more prepared if you take the steps outlined above now instead of later. Consider sharing with your friends and family too, they may not know about transfer switches and sump pumps either!

Between the generator, electrician, hotel room, lost groceries, eating out, and the tree work we’ll need done I estimate this storm will cost us over $4,000 in damages- a number that could have been greatly reduced had we JUST. PLANNED. AHEAD.

Hopefully later this week I’ll be back on track with bedroom design boards and DIY ideas. But the kids have not had more than 5 days of school together since mid-December due to snow days, so we’re all going a bit bonkers trying to keep busy indoors and me trying to keep the blog going with two active kiddos who (rightfully) demand my attention! Priorities, priorities. 🙂

Did you lose power this winter?  Give me your best winter storm prep tips and share your stories! 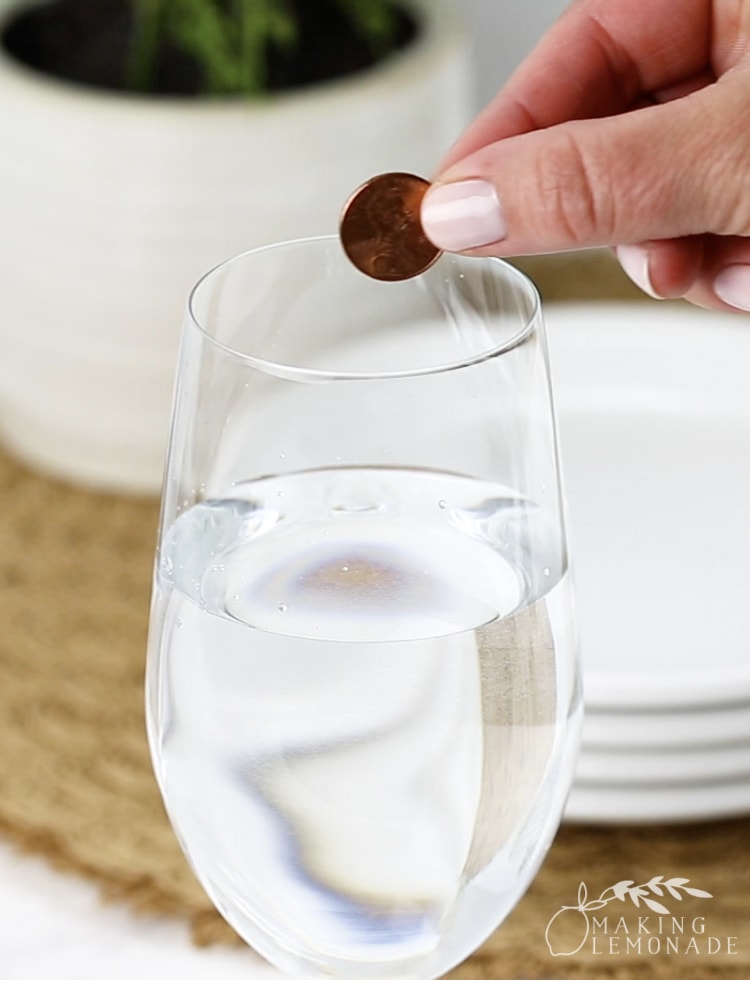 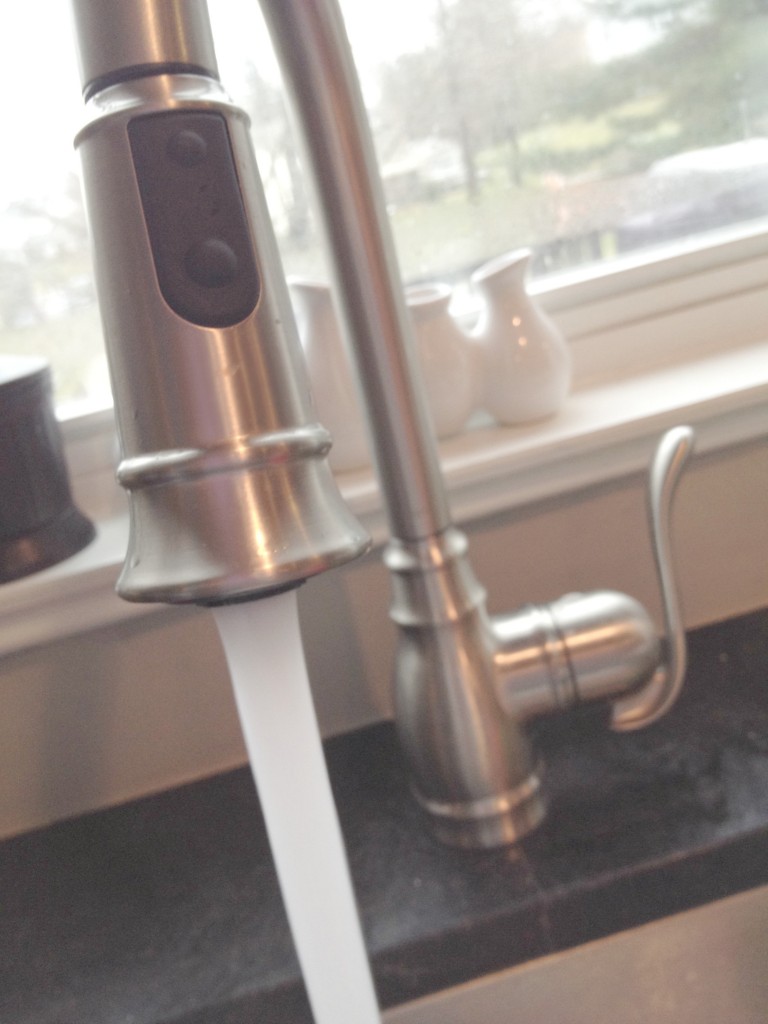