… I’m pretty sure he’d be my Bee.  Before I start, let me state for the record that my son is one of the sweetest little guys on the planet.  He’s full of “I love yous” and hugs and kisses, always says “thank you mommy!”, and has one of the best senses of humor I’ve ever witnessed.  His sister is his best friend and he’ll do anything to make her smile.  He’s such a lover.  Plus, have you seen him?  Those eyes will melt your heart.  He’s a DOLL, unless… well… 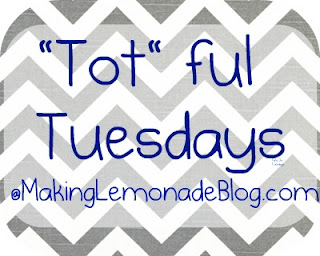 I’m not sure if it’s a boy thing, or a second child thing, or just a Bee thing, but I’m pretty sure my son is a reincarnated Sumo wrestler.  He has more strength than any child I’ve seen; even the Hulk would be impressed.  We’re talking “we’ve already decided he’ll be a linebacker” type moves here, folks. 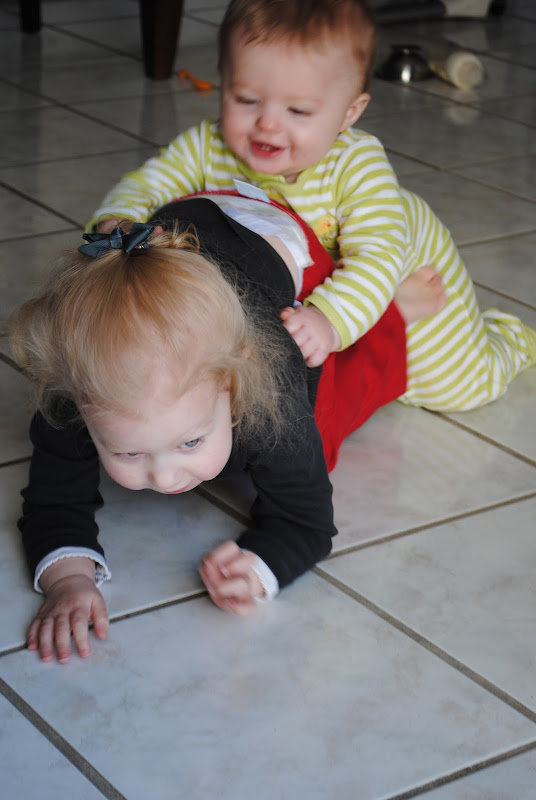 Now, you might be thinking: Carrie, Noodle was diagnosed as hypotonic (low muscle tone) so anyone will feel strong compared to a child who’s condition was also called ‘rag doll syndrome’.

{okay, maybe you weren’t thinking that. just nod your heads and say, “yes, Carrie, you are a mind reader!”}

That’s true, Noodle has low tone as a baby.  But here’s the thing.  My entire family comments on his strength.  Everyone who’s held him says, “wow, he’s all muscle!”  When even his doctor admits he’s got quite a bit of strength, you can’t ignore it anymore.  Thankfully he assured me he’s not ‘stiff’ or ‘high-tone’ as I worried, just that he’s a strong little bugger.  The funniest part is that he’s only in the 10th percentile, so we have no idea where this brute strength actually comes from!  Small but mighty. 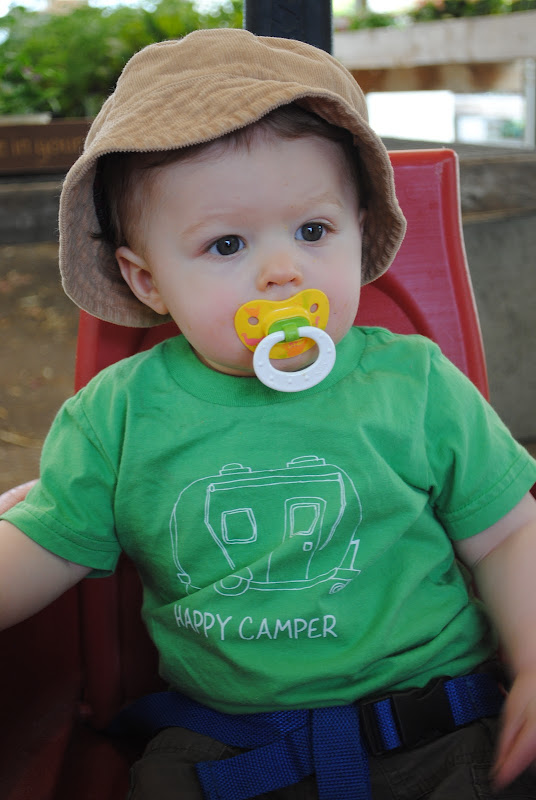 Why does this matter?  Am I bragging my son could have helped the Patriots win the Superbowl they so sadly lost?  Is “professional wrestler” somehow a desirable thing to have on a toddler’s resume?

NO.  I need help.  Desperately.  Not only is Bee strong in body, but he’s strong in will.  Case in point: getting him in his carseat.  Anyone not within earshot of his giggles and my clenched teeth pleas of: PLEASE. SIT. IN. YOUR. SEAT. NOW. HONEY. might consider calling Child Protective Services just by viewing the acrobatics required to settle him in there.  Yesterday it took, and I’m NOT exaggerating, five minutes to get him in his carseat.  God Bless the woman waiting to get into the car next to us who not only didn’t call CPS but actually smiled and told me Noodle has cute hair.

Had she not been next to us, she might have thought I was being mugged.

calm, cool, and cooking in the kitchen 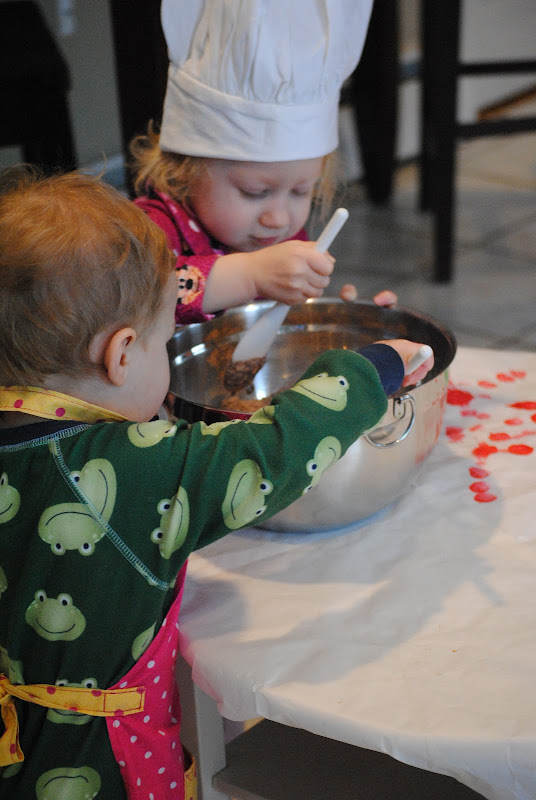 My husband has told me, in all seriousness, that he now purposely parks away from other cars so as not to cause a scene.  I laugh only because it’s true. 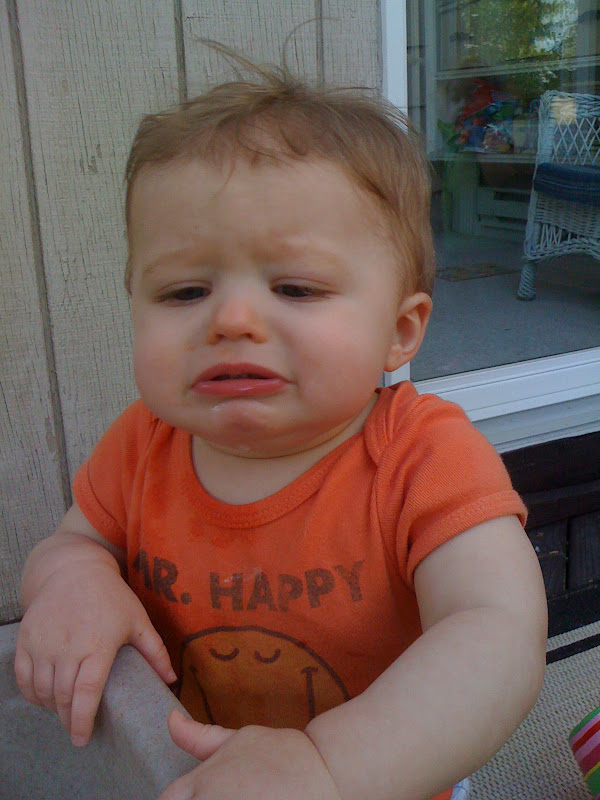 Getting him into pajamas.

Putting on his jacket.

He alternately pushes, kicks, and goes boneless to make these tasks impossible.

Yesterday, I think he might have purposely even pinched me.

Bee being the sweetie he is and hugging his cousin 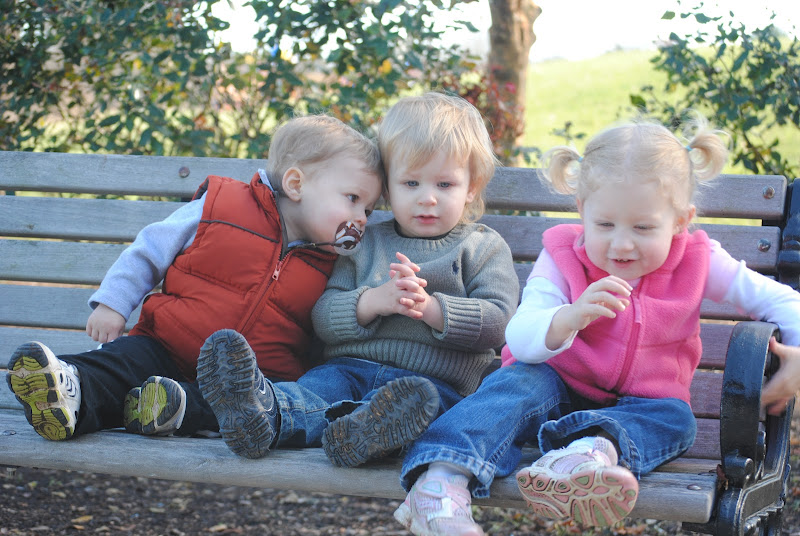 I’m physically exhausted.  Please help me.  Is this normal?  Does this happen to you?  Did I create the spawn of The Hulk here?  In the off chance I’m not alone, what tips and tricks do you use to help a small-but-mighty boy get dressed or even just to sit in his carseat?

Gosh I love these two. 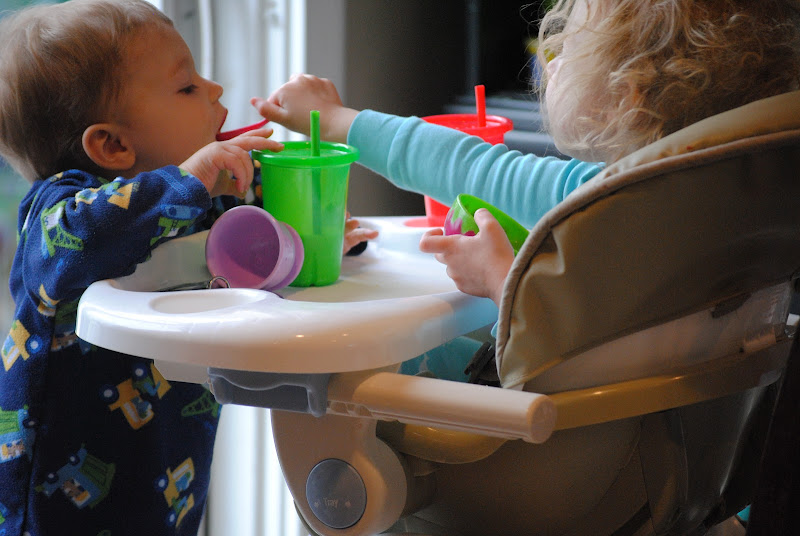 Because if this is what he’s capable at 20 months, then in a few years I’m screwed.  Perhaps I should start hitting the weights at the gym just in case?

I adore my little bundle {of brute strength}! 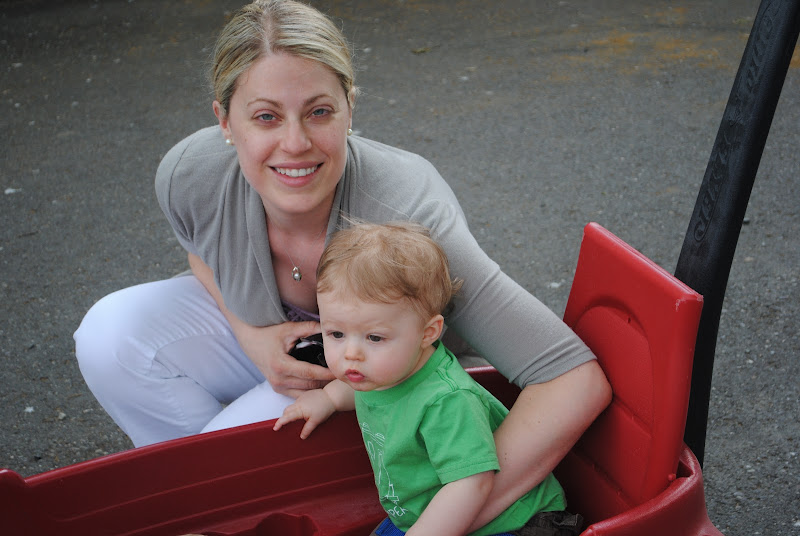 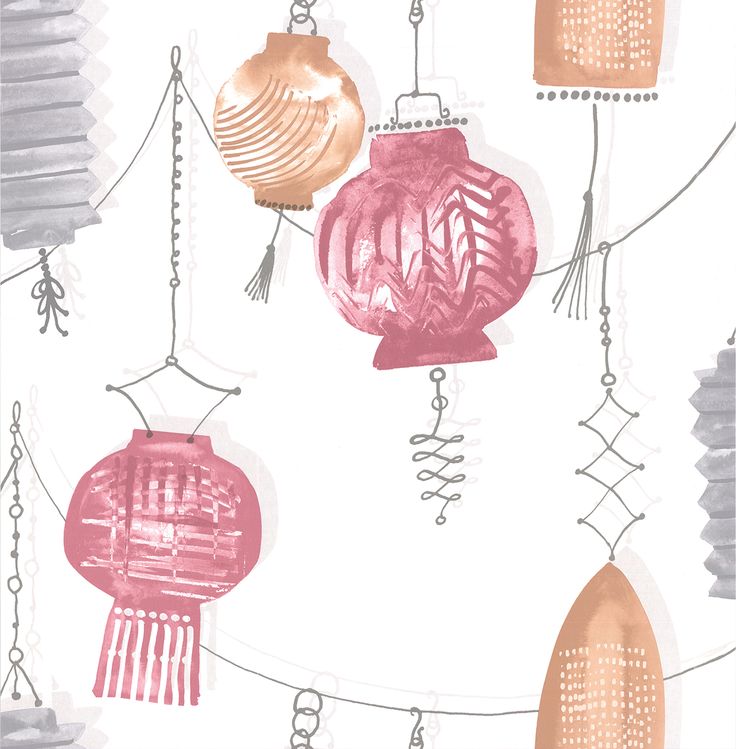 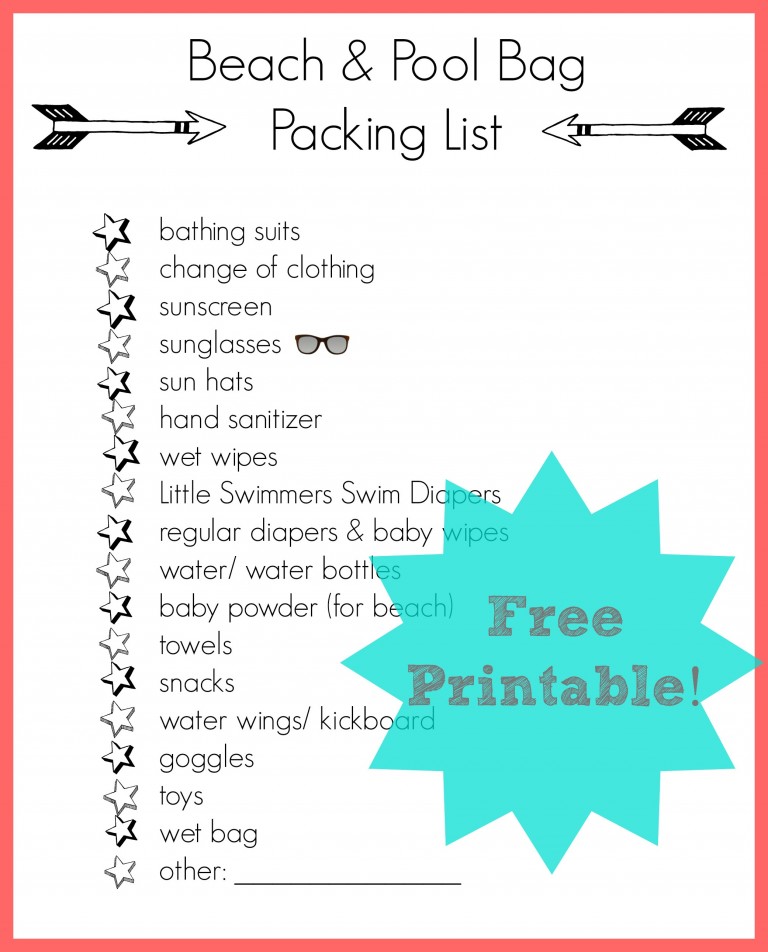 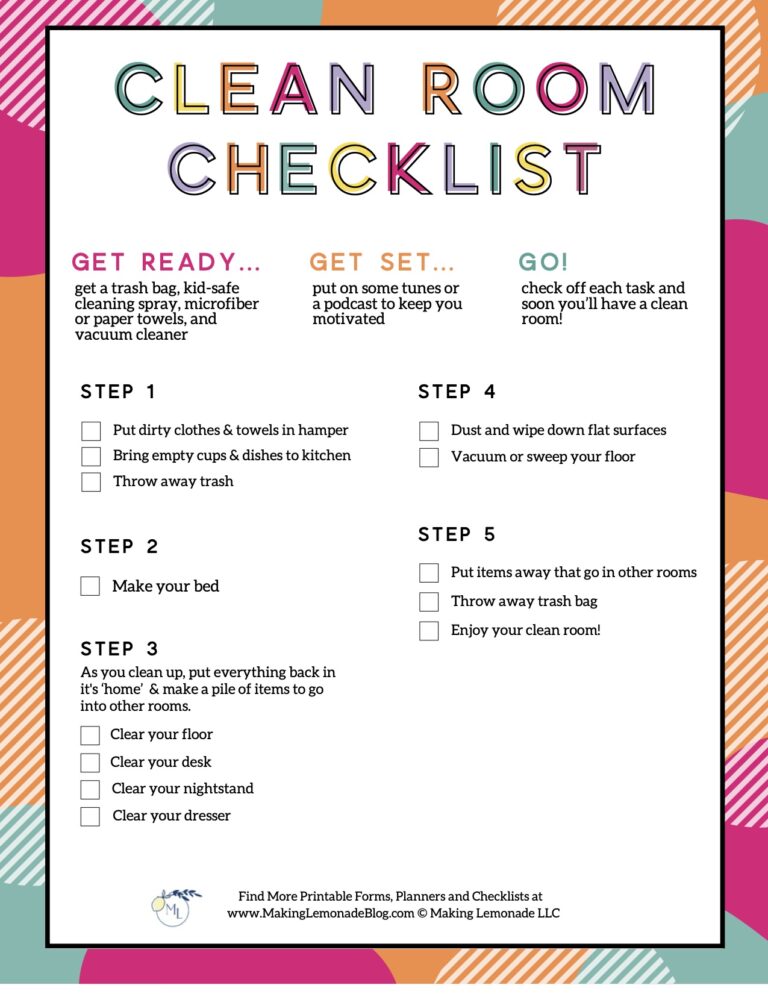