I had a mini-breakdown on Sunday.  Like a theoretical breakdown where my mind is racing and I’m about to whirl around and snap at the next person who sings ‘poopy poopoo pants’ for the 7,956 time, but didn’t go through the whole screaming/crying/laying like a blob on the floor sobbing part.  I was getting worked up as visions of ‘to-do’ lists danced in my head while also laying halfway in our dark crawl space praying a spider doesn’t crawl over my hand.  And I was mad.  I was mad because I was looking for a bin of Christmas ornaments.  Christmas ornaments I need for a photo styling project I committed to before my husband told me he was going to India for a week, which always leaves him jet-lagged and run down and sick as a puppy for at least a week afterwards.   As I angrily grabbed the bin,  BLAMING THE BIN FOR ALL THAT IS WRONG IN THE WORLD TODAY, it tipped over and fell and I could hear shattering for what felt like 8 minutes straight.

I stopped, the bin hanging from my hand, my daughter’s monologue continuing in the background, and I laughed.

Because seriously, I deserved this.  As I scraped up broken glass and picked out the few ornaments left intact, I took full blame.

What kind of nutjob pulls out the Christmas bins two weeks before Thanksgiving when I’m also the one in charge of making the meal and hosting my entire family for a week in my home?  WHAT. KIND. OF. NUT. JOB.

A blogging nut job.  Have you noticed the outpouring of all things Christmas in blogland?  On Pinterest?  Over Facebook?  Heck, the Christmas crafting Instagram photos started in October!

The truth is, it’s not our fault.  Like magazines, we are creating content that needs to arrive before the actual holiday.  You can’t craft an ornament and share it two days before Christmas, NO ONE has time for that.  Therefore, the majority of holiday recipes, crafts, and posts must be created before Thanksgiving– sucking the life out of the holiday for some of us, invigorating others, and annoying the crap out of the 50% of people who just want to celebrate a day of Thanks first.

Notice the pinecone garland in the background of this cornucopia Instagram photo?  I CAN’T KEEP THE HOLIDAY STUFF STRAIGHT ANY MORE.

Christmas Creep is a reality.  It’s how you handle it that matters.  Me?  After I swept up the remains of the broken ornaments and apologized to my daughter for not paying attention to her when she was so quite obviously trying to get my attention, I took a shower.  Instead of screaming or crying I jumped into the one place no one could join me.  As the water ran over my skin, my frustration went down the drain.

After the shower, I walked over to that box and purged.  INTO THE DONATE BIN went the Christmas items that don’t bring me joy.  Items purchased during another season of my life.  Ornaments from people I no longer know.  GONE to someone else who will love them.  My Christmas Creep getting a little less.  Life getting a little simpler.  The ornament bin growing smaller.

This post began as a quick little note about Christmas pajamas, and how I love them.  But instead, I wanted to share a reality.  The reality of already taking down my Thanksgiving tablescape I worked on for hours in order to style items for Christmas.  That’s not how the real world works, and I felt in my heart I wanted to let you know that for those who think I often ‘do it all’, the truth is, sometimes I not doing anything right.  Sometimes the pinecones are mixing with cornucopias, sometimes the laundry sits in the hallway unwashed, and sometimes I ignore my to-dos for extra snuggle time with the kids.

This guy asked for a blue heart on his cheek ‘for my mommy because I love her.’  I wonder if he’ll still love me when he realizes I used to take him to Sweet & Sassy for his haircuts.

Christmas pajamas.  They’re awesome.  I’ll tell you about them soon.  Until then, know that behind the tablescapes are boxes to unpack and bags of goods to return and piles of laundry to fold.

And veggies to chop.  That was my therapy.  Chopped enough vegetables for soup, roasting, and snacking.  That felt GOOD.  Much better than unpacking ornaments.

That’s my randomness for today.  Anyone want to expand on Christmas creep, broken ornaments, breakdowns, or pajamas? 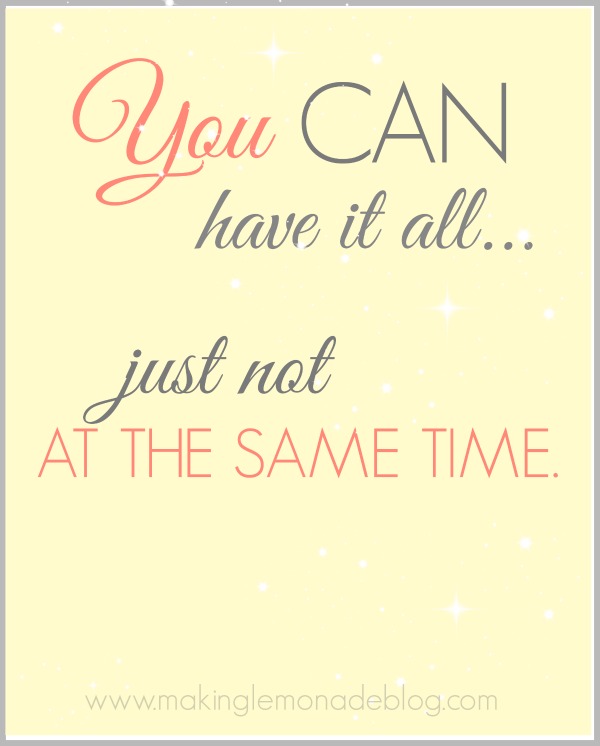