Well, I did it.  I finally got rid of the couch I bought with my first bonus check and the loveseat that the cat had scratched beyond recognition.  Both had been slipcovered for years, and they were frumpy (yet, comfy, so it was hard to let go).  While they may not look all that bad in the photos, in person, they WERE. 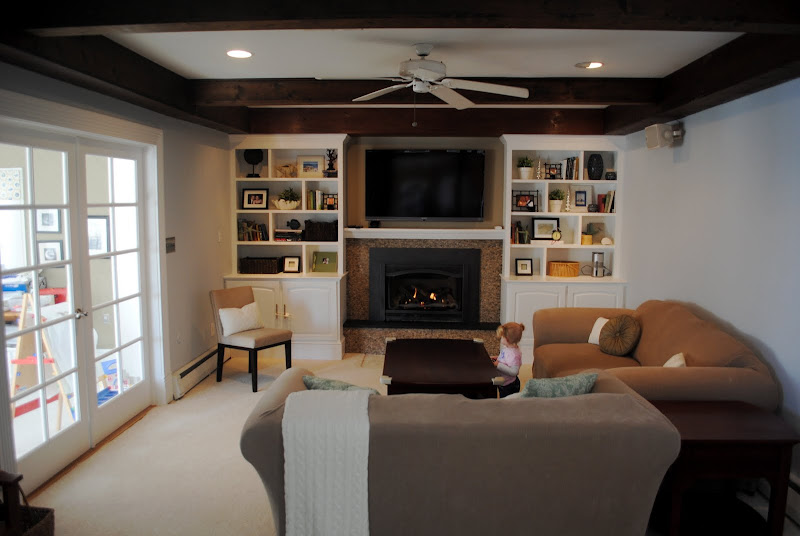 As for furniture to replace these old couches, we needed something that would withstand abuse from two kids and a cat, looked modern yet comfy, and fit in our awkwardly sized space.  Also, I didn’t want to pay a fortune because there’s a good chance it will be tortured at some point since I have two kids with reflux and would like to move within the next few years.  SO: cheap, comfy, stylish, easy-to-maintain, and the perfect size.  Not too much to ask for, right? HA!

Imagine my surprise when I spotted the perfect one while strolling through Macys.  Of course I wasn’t satisfied and checked out 4 other stores before realizing the price and styling of this was was perfect for our needs right now.  On sale, plus an extra 10% off for ordering it during a furniture event, AND I had a Macy’s store credit to use– the signs were all there, it was meant to be.  I ordered it in gray because the tan was too light for a family with two kids and 6 weeks later it’s sitting in our living room, ridiculously cheaper than even the cheapest (and ugliest) sectionals I saw in other places.

Two things.  First is that microfiber may not have been my first choice in fabrics, but it’s family friendly so we’re going with it.  Secondly, the other side of the cushions has a much more tailored look because it’s tufted with buttons.  I prefer it way more than the side I photographed.  HOWEVER, have you ever seen a 10-month old and 2-year-old go to town on some tufted buttons?  Yeah, we’re keeping the cushions facing this way for now.

After delivery I realized my mistake.  I ordered the couch part to go against the long wall and the loveseat section for the shorter width of the room.  Guess what?  When you put them together in that configuration, the love seat part is LONGER than the couch part by 10 inches.  Oooops. 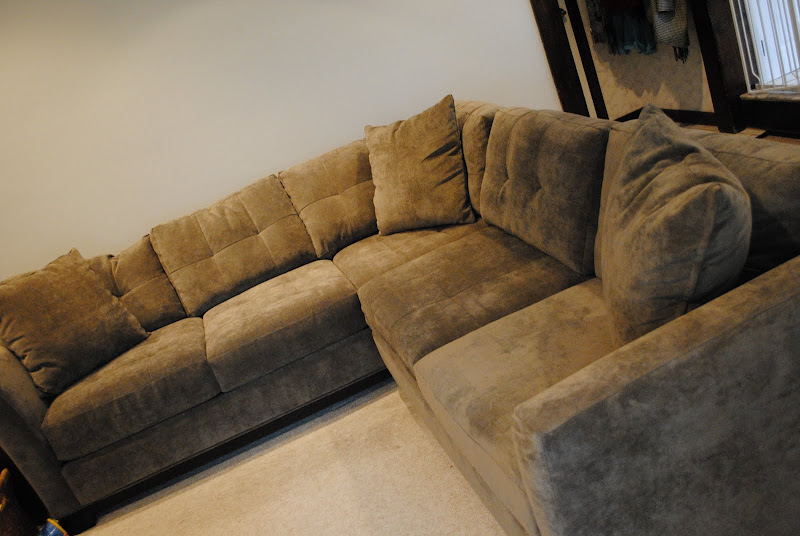 Therefore it sticks out about a foot longer than I thought, and kinda rubs my OCD the wrong way, but it’s not a huge mistake.  Just means there’s more seating facing the t.v., nothing wrong with that.

To add some color, I ordered pillowcases from Etsy that were a steal.  Covered my old throw pillows with them, and POP! 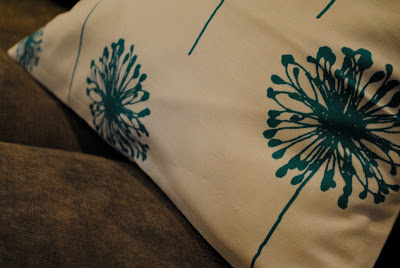 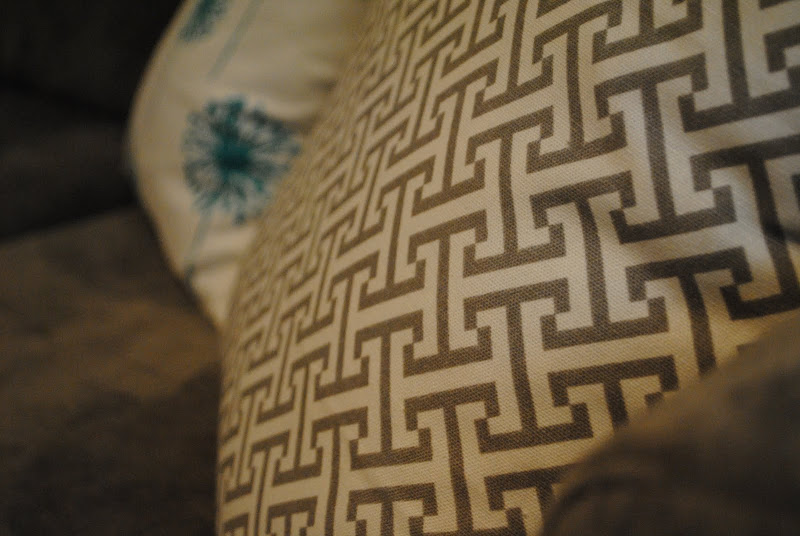 Okay, three more big things to do before I can call this room finished.

1.  We need new end tables and a coffee table– hopefully something found on Craig’s List that I can spruce up. 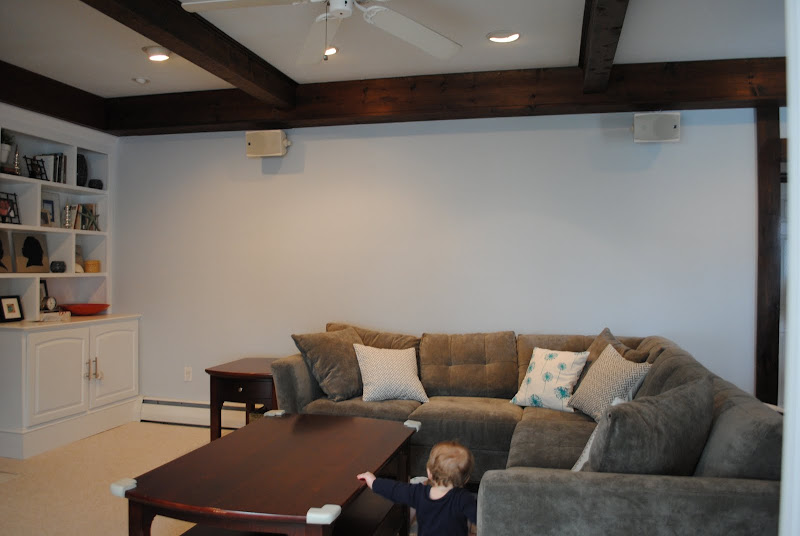 2.  The dilemma of what to do on this great big stretch of wall keeps me up at night.  I have a few ideas, but they take courage– and I am decidedly lacking in decorating courage. 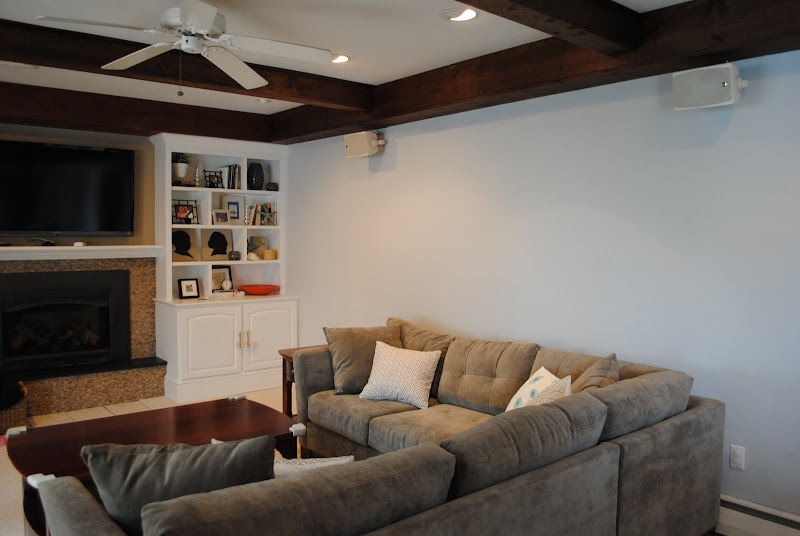 3.  And I’d like to turn the space behind the couch into a usable entryway “nook”.  Here’s that space with the old furniture.  There is a reason the canvases are off center– I’ll expand more on that later! 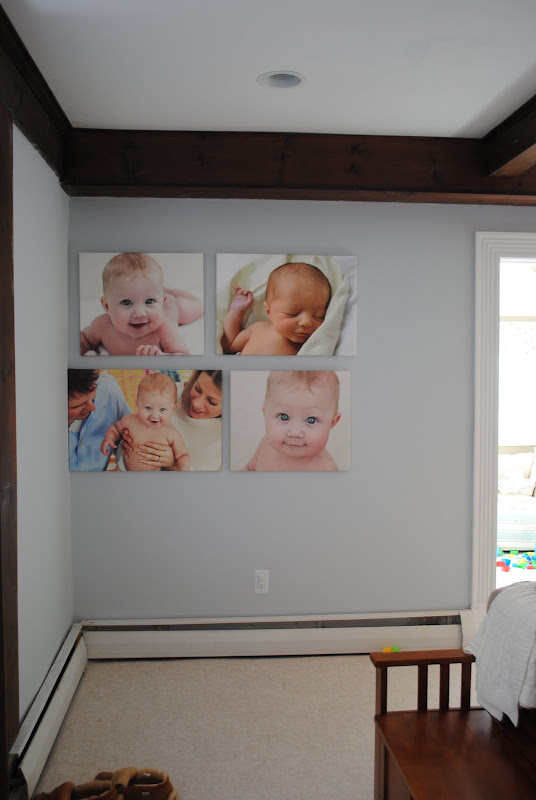 What would you do with that huge blank wall?  And am I crazy for getting a new couch with two babies who would like nothing more than to paint, smear, and puke all over it?
Share This Post With Friends! 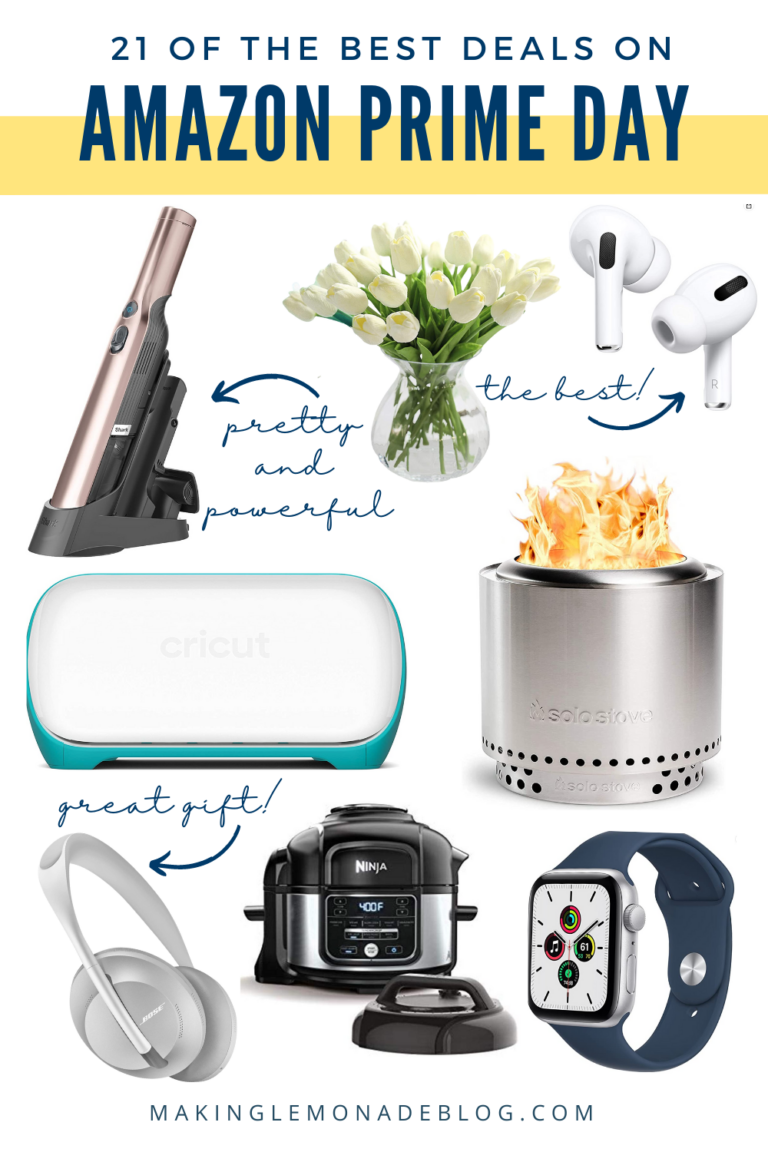 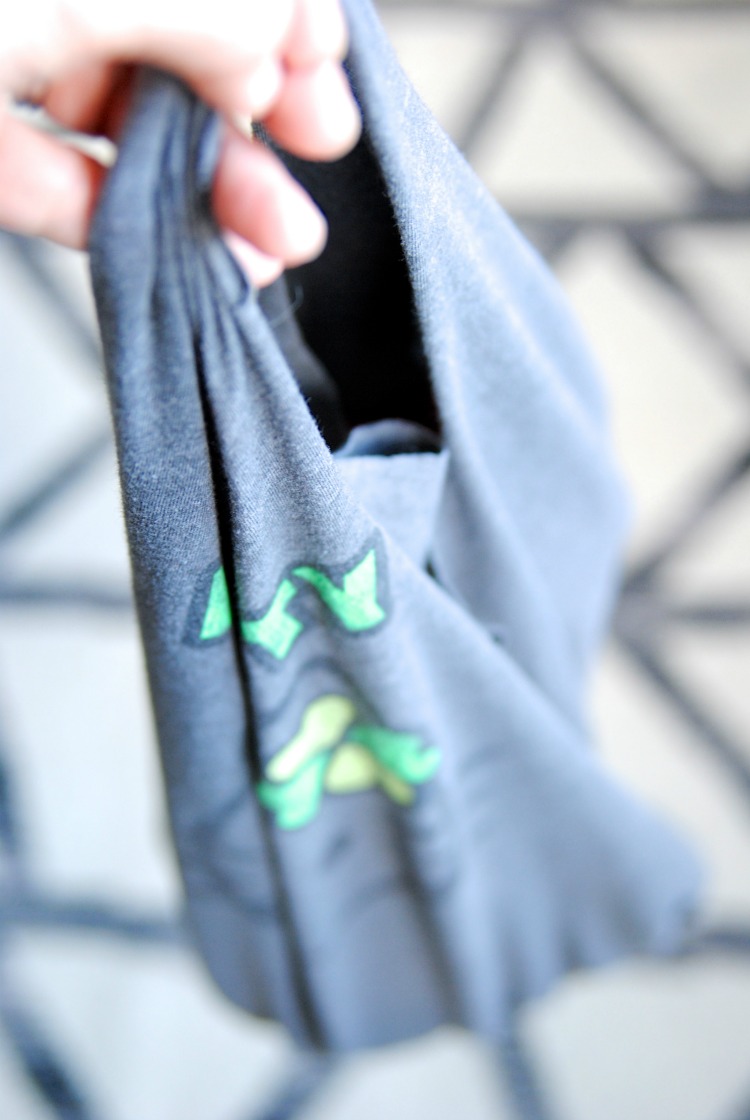 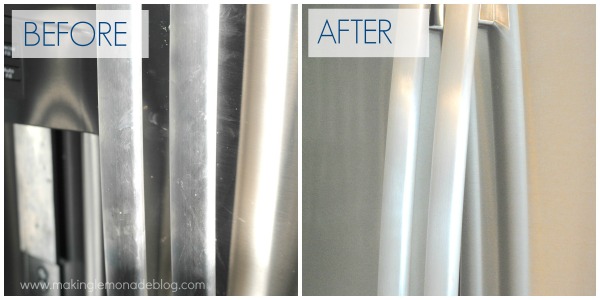